Skip to main content
Posted by Lloyd Thomson May 01, 2020 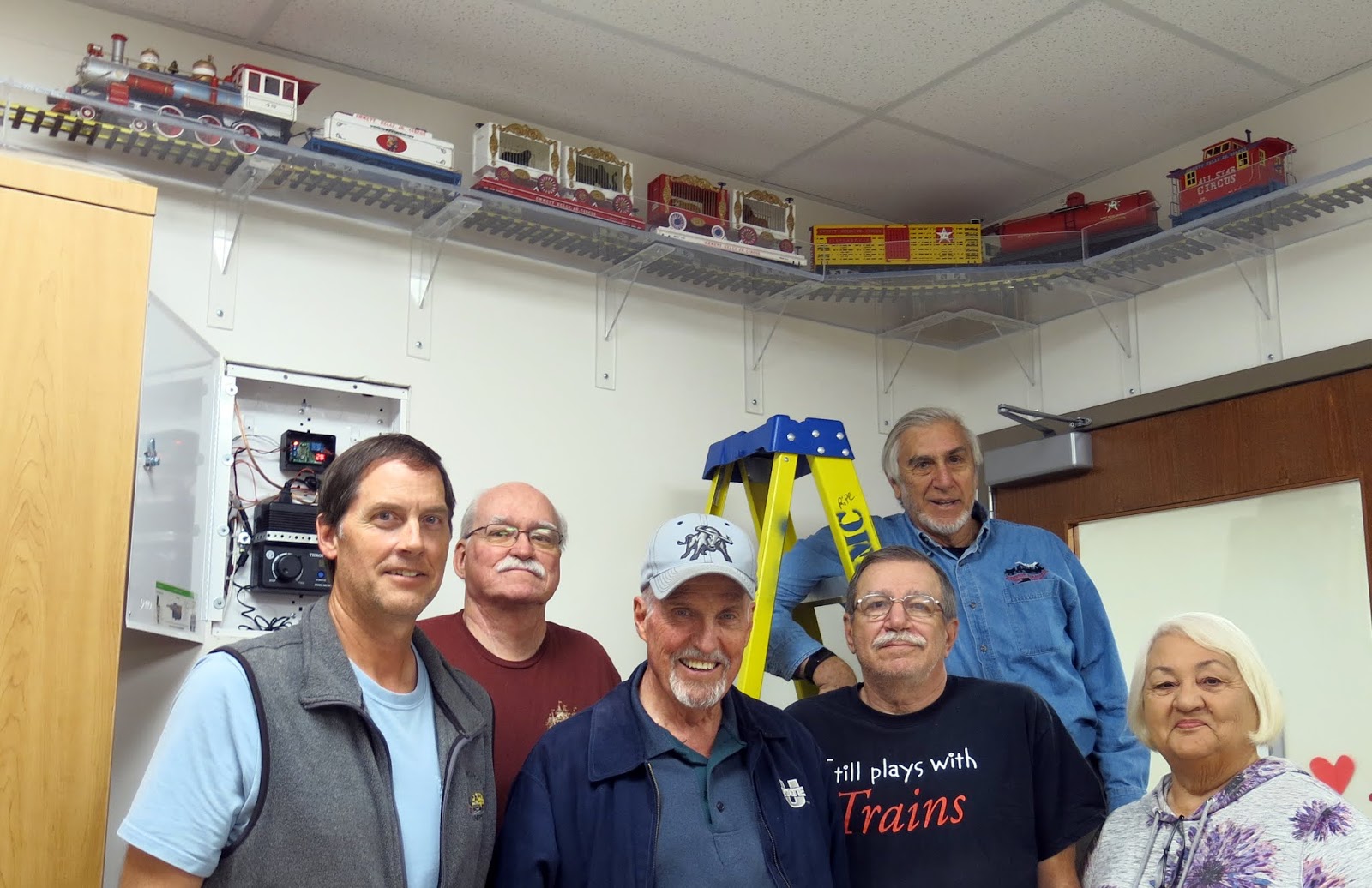 You’ve probably seen the suggestions and methods to stay busy by staying home over the last few weeks.  It seems everybody and his brother offers up something to kill the boredom associated with the quarantine.  Indoor gardening, reading, special baking or cooking, games, craft projects, online classes to name only a few.  Too bad folks aren’t model railroaders since we simply don’t have that problem.  And we’re even used to wearing masks because we spray paint and use airbrushes.  Nope, there’s no need to ask us to stay at home to “flattening the curve”.  Before we delve into this month’s hopper-load of “quarantine creations”, here are a few updates on club members and club projects.

Club President, Al Thorne, has been wrestling with prostate difficulties since March.  This past Tuesday, he filled us in on his situation.  “I am not seeking any kind of sympathy.  This is just an FYI.  On March 20th I was in the hospital for prostate (TURP) surgery. I was only there for about 24 hrs.  Fortunately, there wasn't a sign cancer.  My prostate was blocking the urethra so went in and hollowed it out.  My difficulty is because my bladder got a wild infection that I haven't been able to clean up.  It has caused a lot of pain beyond my idea of tolerance.  I think with getting the urologist and the SW Spine on the same page we will get on top of this problem.  So that is what I've been doing.  Hope you are all doing well.  Anxious to have a get together.” We all wish Al a very speedy recovery!!

Long-time club member and Lionel modeler/collector Chance Haworth has reached his personal goal within the ranks at UPS.  It’s taken him four years but he’s finally been accepted to the UPS training school in Salt Lake City for freight truck drivers.  This is GREAT news for Chance and his bride Teidra but sad news for us since he’ll be moving to SLC.  Let’s all stay in touch as he “climbs the corporate ladder” (by sitting on his can turning a steering wheel).  GOOD LUCK CHANCE. haworth.chancey@gmail.com

The G scale railroad at the DRMC Pediatrics Playroom was completed mid-February.  After Desert Star Glass installed the polycarbonate support brackets shelf, and “tumble” guards, DRMC maintenance staff installed the 110V power panel and routed low voltage wiring inside the wall from the panel up to the track.  At the same time (with track prepared and tested by Werner Balsterholt), Larry Schneider, Evelyn and Dick Wilson, Tim Fitch, and Keith Johnson laid the track and insured flawless train operation.

Shortly after the railroad was completed on February 25th, the DRMC closed their facility to visitors, delaying the dedication ceremony and driving the CCMRRC Golden Spike designed and crafted by Larry Schneider.  When the hospital reopens to visitors, we will be notified of the new date for the dedication ceremony.  Click HERE to see construction photos and a short video.

Since its debut at the Kanab Train Show, Bob Mallory and Dan Mangiarcina have continued working on the LIONEL GROUP PROJECT RAILROAD.  See the latest photos of boards 2 and 3 toward the bottom of page.  (Note the operating Lionel Drawbridge video.)

What Comes Around Goes Around


Werner Balsterholt shares his favorites below.

Starting from the land down under we have one of the very best, Luke Towan.  This guy has over 980,000 subscribers!


Lastly, Union Pacific announced on Wednesday the cancellation of their 2020 Heritage activities with 4014 and 844.  Here’s the YouTube video from Sr. Vice President and Chief Administrative Officer Scott Moore and UP Steam Team's Ed Dickens.  https://youtu.be/n5T3hRgefsc


Until next month, stay safe and healthy.