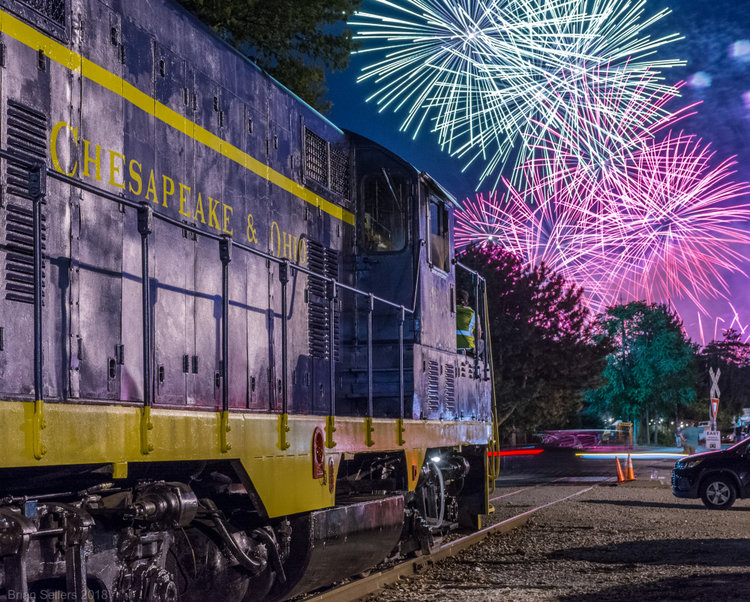 Bob Mallory sent along additional photos of the Lionel Timber Cove progress. Click HERE and scroll down to the July 2022 Update.

Larry Schneider updates us on the St. George Regional Hospital Pediatrics Train.  “We had a few minor issues with the engine at the hospital but all has been resolved.  While we worked on the engine, we put in place another engine, actually the one that we will use at the Children's museum, was a good test for it.  While I was at the National Garden Rail Road Convention last week I found an exact duplicate of the engine for $48 so I purchased it. It does run and we will overhaul it and clean it up a bit but this will give us a spare for future use there.  Since the hospital train is supported with a dedicated club fund, I will take the money for purchase of the engine out of those funds.  In storage there, we also have a trolley and a very small engine that Joe Zukowski donated to the project.”

Here’s Larry’s update on the St. George Children’s Museum railroad project located at 86 S Main Street.  “We are a go! Several of us will be there this Saturday at 10AM when we will install the track.  MAY do a test run.  The museum staff built the shelf and they will do some additional work AFTER we lay the track.  Once they finish that we will go back (hopefully next week) and set the train and secure the track to the shelf and hook up the electronics.”

As reported earlier, Dede’s Restaurant closed as of June 30th.  That said, beginning Friday, July 1st at 11:30am, our luncheons are moved to the Bloomington County Club located at 3174 South Bloomington Drive East, St. George.  For your review, their breakfast and lunch menu can be found HERE.

Dave Merrill (Jr.) tells us about a teaching layout he created for his daughter-in-law at Hawthorn Academy.  “My daughter-in-law recently went back to school to complete her teaching degree.  She was doing her student teaching at Hawthorn Academy in South Jordan when the regular teacher had to take leave and have a baby.  The school signed her to a contract for the remainder of the school year, then a week later contracted with her for the next school year.

She said she was allowed to have one personal item in the classroom and she wanted a train board.  It was to be 40” by 72”, had to fold down to 8’ thick, and roll against the wall so that it could fit under the coat rack.

I made arrangements to deliver the train board and demonstrate it to the kids in her 3rd grade class.  Then she asked if I could also bring my two small layouts for the kids to see all the different scales and run the trains.  Next question was, could the kids in the other 3rd grade class come see and run the trains?  Sure, I said.  Would it be alright for the kindergarten thru 4th grade kids to see and run them as well?  Absolutely.  So, I had a half-day train show with her new train board, the Lionel and slot car layout, and the multi-scale layout.  A week later I received a picture which showed her students had made some buildings and were taking their turns running the train on the new train board.”  Photos and a short video can be found HERE.

It's been two years since Joe Zukowski’s remains were submitted to the U.S. Navy for Burial at Sea.  Thinking club members would like to know Joe’s final resting place, I contacted his sister Beth.  She replied to my email. “I was thinking about the train club last week and wondering if you are able to get together and work on the layouts like you used to do.  It was the 2-year anniversary of Joe's passing and I guess that's what stirred the memory.  We are all doing fine here.  Coping with all that is happening as everyone else around the country is.  Hope the same for you and all the club members who were so helpful to me and my family.  We will never forget your kindness.”  Click HERE for the letter describing the proceedings from Commander M.R. Fontenot of the USS O’Kane.  A chart showing the exact coordinates of his committal is HERE.

Along these lines, Terry Schramm finalized the memorial plaque to hang in the 700S clubhouse in remembrance of deceased club members.  Click HERE for a photo of the plaque.

Larry and Peggy Schneider attended the National Garden Railroad Convention held last month in Denver.  Here’s his description.  “This is the 37th year for the convention, started right here in Denver and hosted by the Denver Garden Railway Society.  Over a 3-day period there were 50 Garden Railroads on display from as far north as Ft. Collins and south as Castle Rock.  Peggy and I were able to see about 15 over the 3 days.  Great to see these layouts.  We saw some really great ideas including trestles, water features, towns, and people.  One layout was modeling, in exact scale, various Disneyland buildings and others modeled narrow gauge railroads of Colorado.  We saw several models of the Galloping Goose.  Great adventure!  By the way, our own Keith Johnson was on the tour when the convention was held in California several years ago.  The 2023 convention will be held in Santa Clara, CA.”  To see photos of the Schneider’s trip, click HERE and scroll down the page for the Garden Railroad convention hall, layouts on this year’s tour, the Colorado Railroad Museum, and the Tiny Town Railroad.

National Model Railroad Association – For those of you curious about the NMRA and whether membership could enhance your enjoyment of the hobby and/or improve your modeling skills, click https://www.nmra.org/member-services to review the benefits of joining.  If you have questions, feel free to contact NMRA members Jim Harper, Professor David Merrill, Dave Merrill, or Lloyd Thomson.

The last steam and coal freight railway has finally closed for good. https://grantpiperwriting.medium.com/the-last-steam-and-coal-freight-railway-has-finally-closed-for-good-6accd96c31ad

I toured the crew-only section on one of the world's most luxurious trains. Here's a look inside this typically off-limits area. https://www.insider.com/rocky-mountaineer-train-tour-crew-cabin-photos-2022-6

How do you move a 25 Ton 1875 Baldwin Locomotive? https://www.youtube.com/watch?v=Y22AgVnyesA

1875 Baldwin Locomotive Steamed Up for the First Time Since 1942! https://www.youtube.com/watch?v=5Ikz1R6Xcks