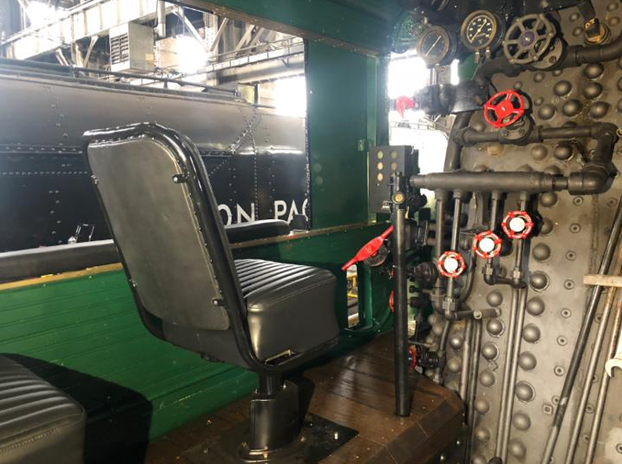 The commemorative tour schedule for the Big Boy No. 4014 and Living Legend No. 844 are now online at https://www.up.com/heritage/steam/schedule/index.htm.

The steam locomotives will join together in a public display for the first time May 9 in Ogden during Union Pacific's celebratory event marking the transcontinental railroad's 150th anniversary. The festivities include recreating the iconic photo taken May 10, 1869, when the last spike was tapped into place at Promontory Summit, creating America's first transcontinental railroad. Union Pacific no longer has tracks near Promontory Summit. They were removed to support the scrap metal projects during World War II.

No. 844 will leave Cheyenne, Wyoming, April 27. It will make several brief whistle-stops in communities along its route, arriving in Ogden on April 28. The Living Legend will be on display at Ogden Union Station through May 11.

No. 4014 will leave Cheyenne May 4 following a 9:30 a.m. MT christening ceremony at the historic Cheyenne Depot and arrive in Ogden for the May 9 celebratory event at Ogden Union Station. The Big Boy also will make several whistle-stops in communities along its route.