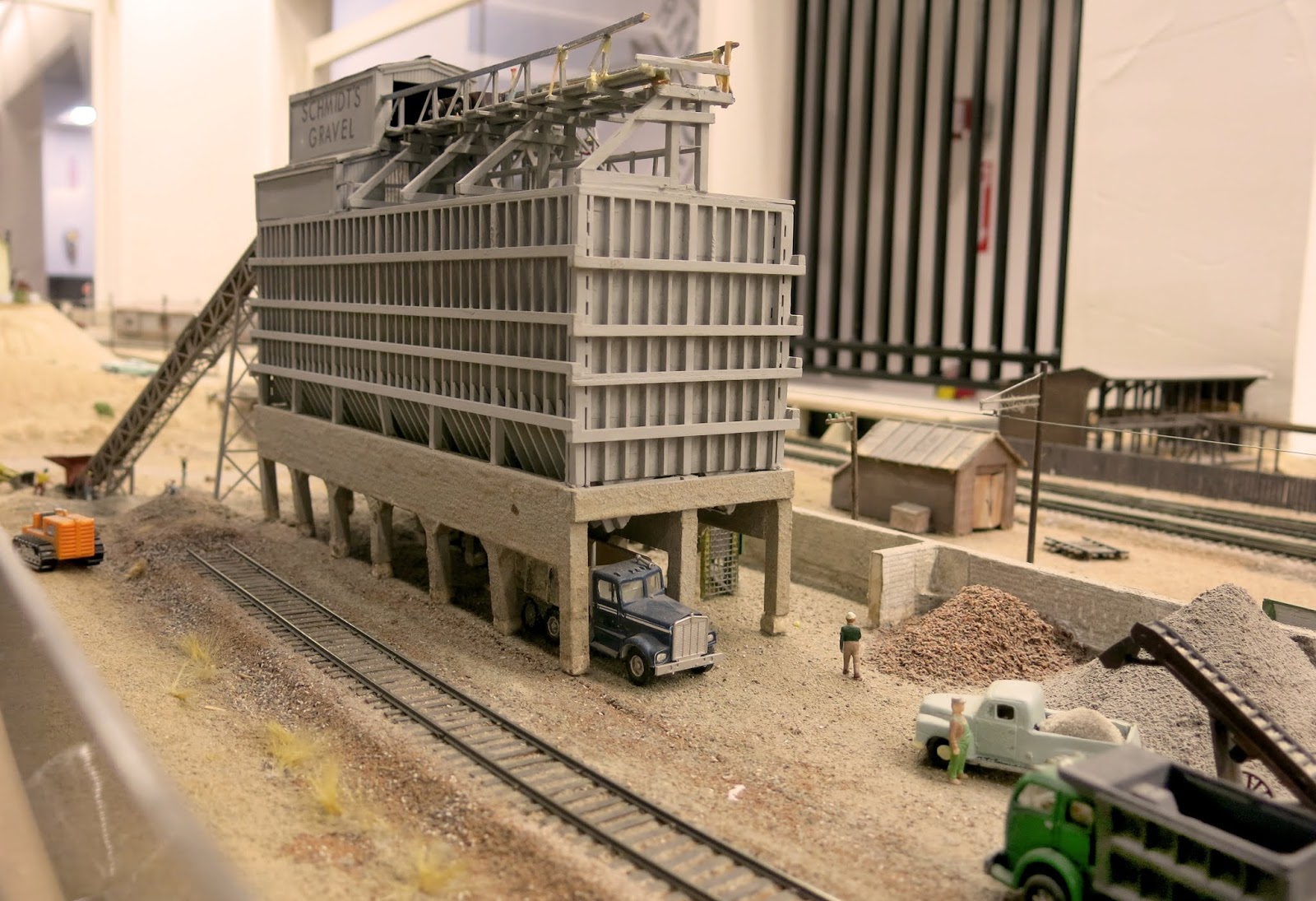 The HO scale layout housed at the San Diego Model Railroad Museum at Balboa Park is an absolutely exquisite example of model railroading craftsmanship.  With highly detailed recreations of beautiful train routes, including Tehachapi Pass, the Cabrillo Southwester, San Diego and Arizona Eastern and the Pacific Desert Lines, the layout offers a eagle's eye view of some of the most stunning southwest landscapes.


Tehachapi Pass is a two-level layout representing the joint Southern Pacific / Santa Fe railroad from Bakersfield to Mojave, California, of the 1950s, including the Tehachapi Loop. The model is unique for its size and geographic fidelity. Thousands of photographs of the prototype were used to closely model the details of the actual area with nearly curve-for-curve and switch-for-switch accuracy.


After identifying myself as a member of the CCMRRC and expressing a strong interest to learn more about the layout, Crew Chief Brian Satterfield invited me inside the layout to watch trains and ask questions.  With members Tom Utschig, Ted Pecoraro, Pete Hess, Mike Flynn, and Jim Schwartz running trains, I spent the next three hours in HO heaven.


Click here to see photos and videos of my visit to the San Diego Model Railroad Association.