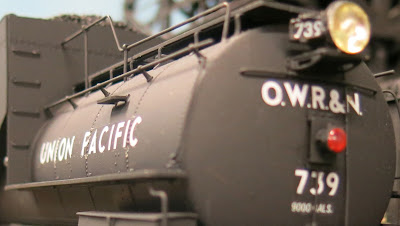 Prior to this railroad, Bob built layouts in Park City and Washington in both standard and narrow gauge.  Some scratch-built structures he created for the previous layouts (Silver King Coalition Mine, for example) can be seen on this railroad.


See more of his railroad and the early days of construction by following this link:
Bob Jarvis’s Feather River and OWR&N